A few months earlier, during an off-road trip to Croatia, the last of the places I had to visit was the island of Krk. There, at a campsite, I met a family traveling around Europe in a camper van. I heard from them about the island of Senja. You can say it’s a wilder alternative to the already too touristy Lofoten Islands. They were right, the beauty of the uncrowded island painted by the heavenly color palette of the long setting sun is indescribable.

Senja Island – The First Slowdown and a Moment of Rest

It’s been 11 days since we left. After that time you slowly start to notice what you left behind. A bit like when you eat dinner very quickly and only after a while you feel full. It was only after these few days that we fully understood where we were, what we had seen, and what still lay ahead of us.

It was the first time we camped in one place for more than one night. We unpacked the baggage and met a couple of nice Germans, who were also on the road on their BMW GS. They made some space for us nearby and so we created a mini-camp, from which the next day we went luggage-free on a tour around the island.

We arrived at Segla mountain, which was our climbing goal for the day.

The visual experience of mountain walking in Norway was completely different from that of the Tatra or Beskid Mountains. The paths are wide and give a lot of freedom of movement – we do not feel like we are on a track, but rather like we are on an open sea of rocks.

The beginning of the route was rich in vegetation, and the view of what awaited us above was obscured by a dense fog.

At a certain altitude, we went above the clouds and something amazing appeared to us. It turned out that the whole time we were at the bottom of an ocean…. an ocean of clouds, which flowed freely into the Norwegian Sea creating a spectacular waterfall of clouds.

Mountains always impress with something unique. Such a tranquil, quiet, and pleasant place. You can find such peace only on Norwegian peaks.

Segla has a vertical wall falling straight into the sea. The view from the top is stunning and to some extent stressful. It’s simply breathtaking. More photos from this climb here: Segla Mountain.

The Road to Nordkapp

The higher we were on the map, the more polarized recommendations where to go next we were getting. Those from the north admired the south of the country and advised against Nordkapp, while those from the south often said the opposite. Just like in Poland – people from the mountains love the sea and those from the coast escape to the mountains for their vacations. Yin-yang. Many Norwegians we met on the way advised us against taking the road to Nordkapp. They said the route is boring and not particularly scenic. We have seen similar thoughts on various motorcycle groups, but we always keep our distance from subjective opinions.

The truth is, most of it depends on your attitude. I have often read that someone’s disappointed with Nordkapp, that there is nothing there, that it’s not worth a go, Lofoten’s better, etc. Usually, the voice of disappointment came from those who chose Nordkapp as their main and only destination, they rode 900km a day there for the whole week and only found bad weather there. When the expectations are high, the reality can hurt.

The weather was getting rougher and it was getting harder to ride. Fingers and toes were getting numb, and we still had many kilometers to go. The views, however, were still stunning. The climate in the north is definitely harsher, but it has its charm. We did not go for an easy vacation, we wanted adventure!

The 307m high rocky cape is connected to the mainland by an undersea road tunnel. Nordkapp is sometimes mistakenly considered to be the furthest cape in Europe. Knivskjellodden on the same island is 1457m further north. You can see it from the Nordkapp observation deck. However, there is no road leading to it. Since both of these capes are on the island, they don’t really qualify for the title of Europe’s northernmost cape. That title belongs to Nordkinn, which is about 68km east of Nordkapp. Even if we were to take islands into account, the northernmost point in Europe would be Cape Fligely on Rudolf Island.

However, Nordkapp remains the most popular destination due to its location, history, and attraction, among other reasons. It is also an endpoint on the international route E69.

There is a beautiful museum, restaurant, and gift store on site.

After seeing everything we could and having dinner at the restaurant, we slowly started to get going. It was raining, very cloudy, windy, and cold. Fatigue was setting in and we considered the option of retreating to a campsite. We even found a free room in an apartment 12km from Nordkapp, just in case.

On the way to the parking lot, a few times other motorcyclists stopped us for small talk. One of them asked us if we were also staying at the North Cape for the night. He showed us that he had already put up his tent, was going to a cafe, and suggested that we join him.

Daniel, our new motorcycle buddy, came up with the idea that we should sit in the cafe until closing, sleep for two hours, and get up for sunrise. It was supposed to clear up a bit by then and we were hoping for good photographic conditions. Check out Daniel’s photos on his website: www.danielfriedli.com/.

The sky cleared up a bit and while everyone was sleeping in the campers in the parking lot, we managed to quietly roll our motorcycles and take souvenir photos from under the famous globe. A huge thank you to Daniel for the whole evening and for motivating us to live an adventurous life!

Time to Go Back

We’re riding back, or rather we’re changing our direction of travel and starting our Norway tour from the north towards the south. We had a few days left and we intended to make the most of them.

This wasn’t the end of the adventures that awaited us in Norway! 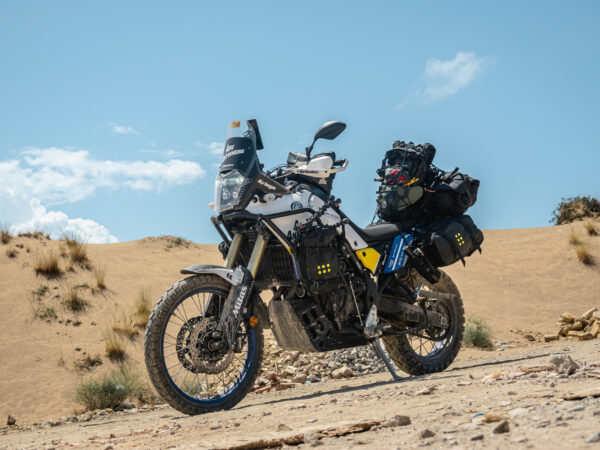 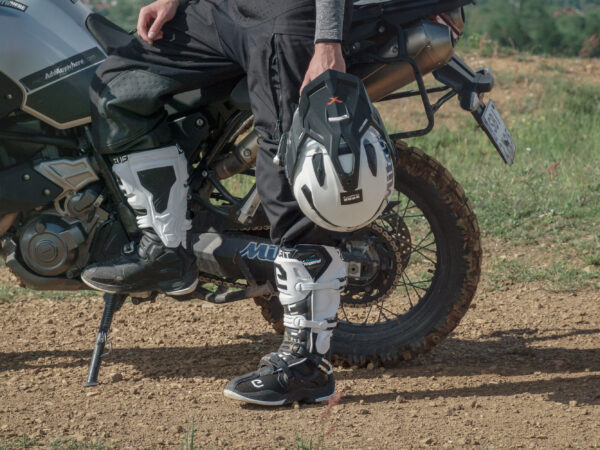 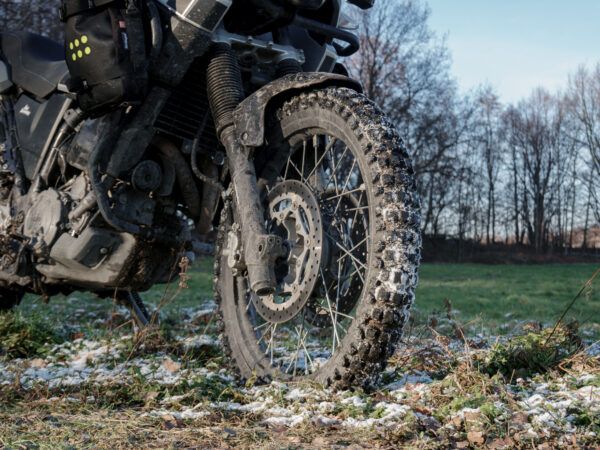